The Distance: a temple to nothing, a gate to nowhere. Two structures – 7 and 8 metres tall – stand at the edge of Kelvedon Estate, on the east coast of Tasmania. Part of the ‘Sights of Love and Neglect’ project for Ten Days on the Island, 2017.

I was activating a site that is otherwise seldom visited as it is used to run sheep. But I was using its relative remoteness (one meaning of the ‘distance’ of the title) to evoke a ritual destination.

For one thing, I had in mind the unusual placement of the torii, or official gate, of Japan’s Miyajima shrine, which floats in the inland sea near the temple complex. It’s an uncommon setting for a gate, a thing one ordinarily moves through as the only way into a bounded space.

Then there’s the story in Zen about the ‘gateless gate’ through which an individual passes to arrive at Buddhahood, only to discover, on turning round, that there was no gate at all; they were already, and had always been, a Buddha. In a similar vein, James Finley writes of Thomas Merton’s ‘Palace of Nowhere’, of the door that spiritual seekers must enter to realise their true identity. This door, Finley via Merton suggests, is the true self. The self is its own realisation.

So the gate of the distance isn’t much of a gate, nor is it a temple. It is all open. There is no inside. Or rather, it is all inside. No-one is excluded.

None of this was likely the interpretation for the viewer. Like I said, the artwork was more about evocation, as is all my work. Really the destination was the place itself. There is a very special feeling about that spot. And I hope visitors to the site appreciated the opportunity to visit during the Ten Days on the Island.

(Photos: top and bottom by Guy Paramore; all others by Terence Mundy)

A floating floor, steel ropes, a humming piano wire and slender wooden structures that all insinuate themselves beyond the space make up this installation at CAT gallery, Hobart. Tertium Organum was part of Artist to Artist, a series of four short-run shows overseen by Kylie Johnson. This work was curated by Michaela Gleave.

Tertium Organum is the title of a 1912 book by P. D. Ouspensky which explores the fourth dimension. Tertium the installation was an attempt, not to represent the fourth dimension as such, but to take the viewer to the edge of the perception of a structure and a musical chord, where the space and silence beyond them can be sensed.

(All photos by Jan Dallas) 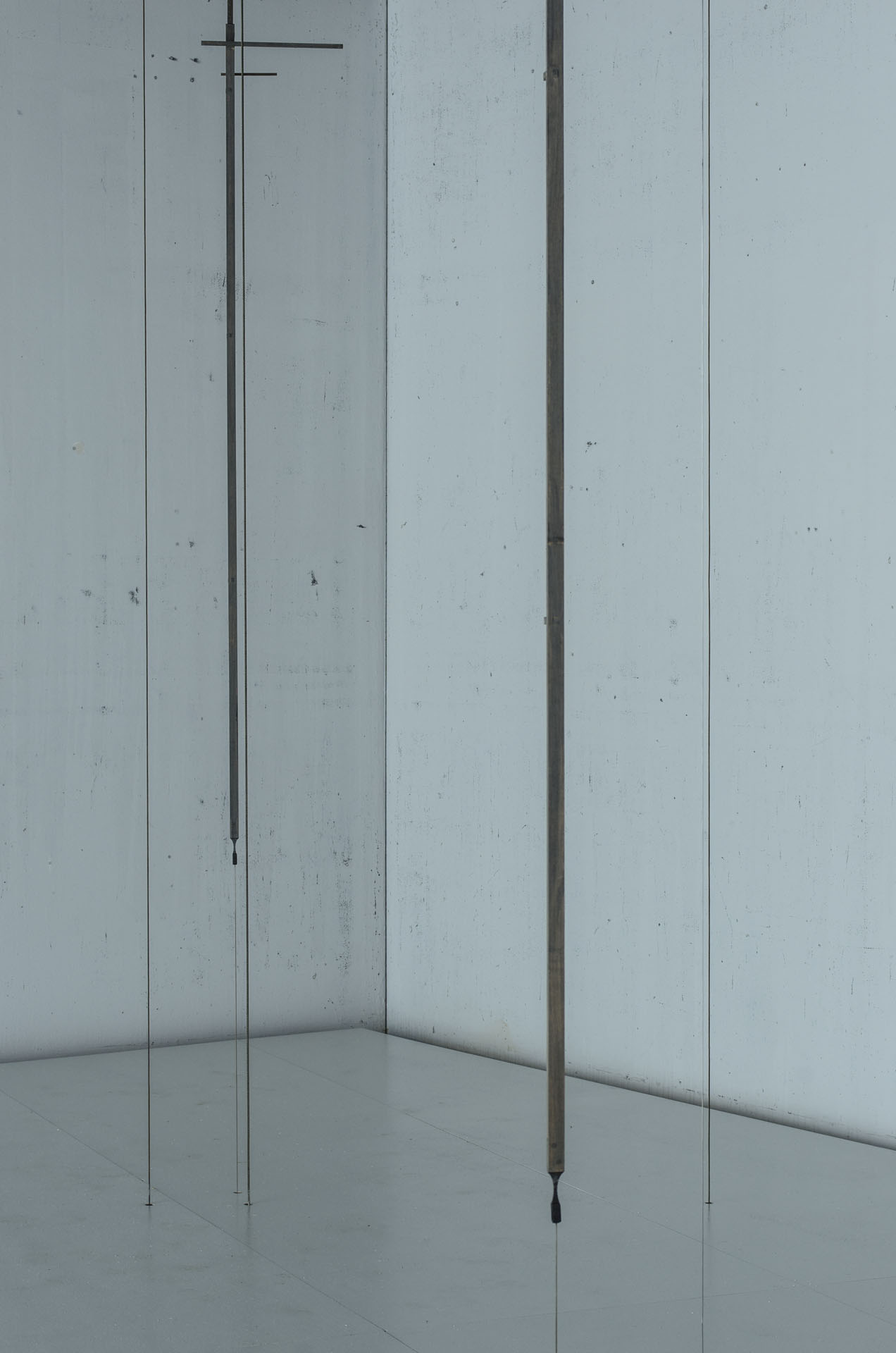 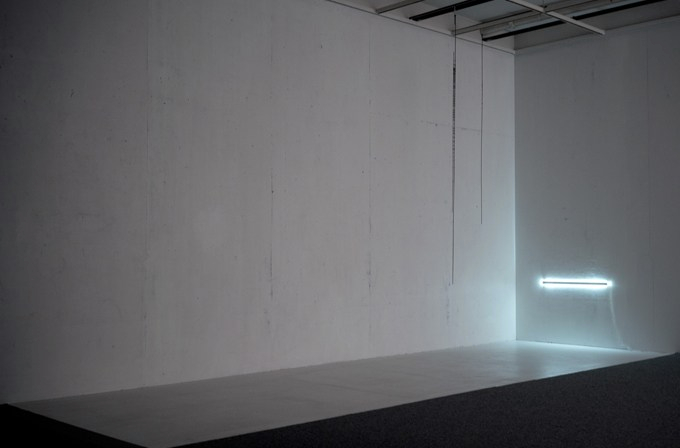 A corner installation for The Z Factor, a show in honour of Paul Zika’s 30+ years of service to the Tasmanian School of Art.

The 2012 Queenstown Heritage and Arts Festival marked 100 years since the fire in the Mt Lyell mine killed more than 40 men. Most of the miners at the time lived in nearby Linda and Gormanston, so it was in the old Royal Hotel in Linda, built in 1910 and now a great grey ruin, that The Drink was installed. A dark pool covered the entire floor-space of the dining hall. Above the water were suspended 5 vertical steel rods, which intimated the rain that falls 300 days a year in the area, and also traced soft perceptual presences in an arc across the room. Where their reflection was caught in the water, they contributed to a greater feeling of depth.

The Blue Book was installed in the Plimsoll Gallery at the Tasmanian College of the Arts in February, 2012. It was a two-part trapezoid space that interpenetrated the lower and the taller parts of the gallery. The shape of the envelope amounted to a split false-perspective room, so the viewer was given to expect one kind of space but experience another as they moved through the gallery. 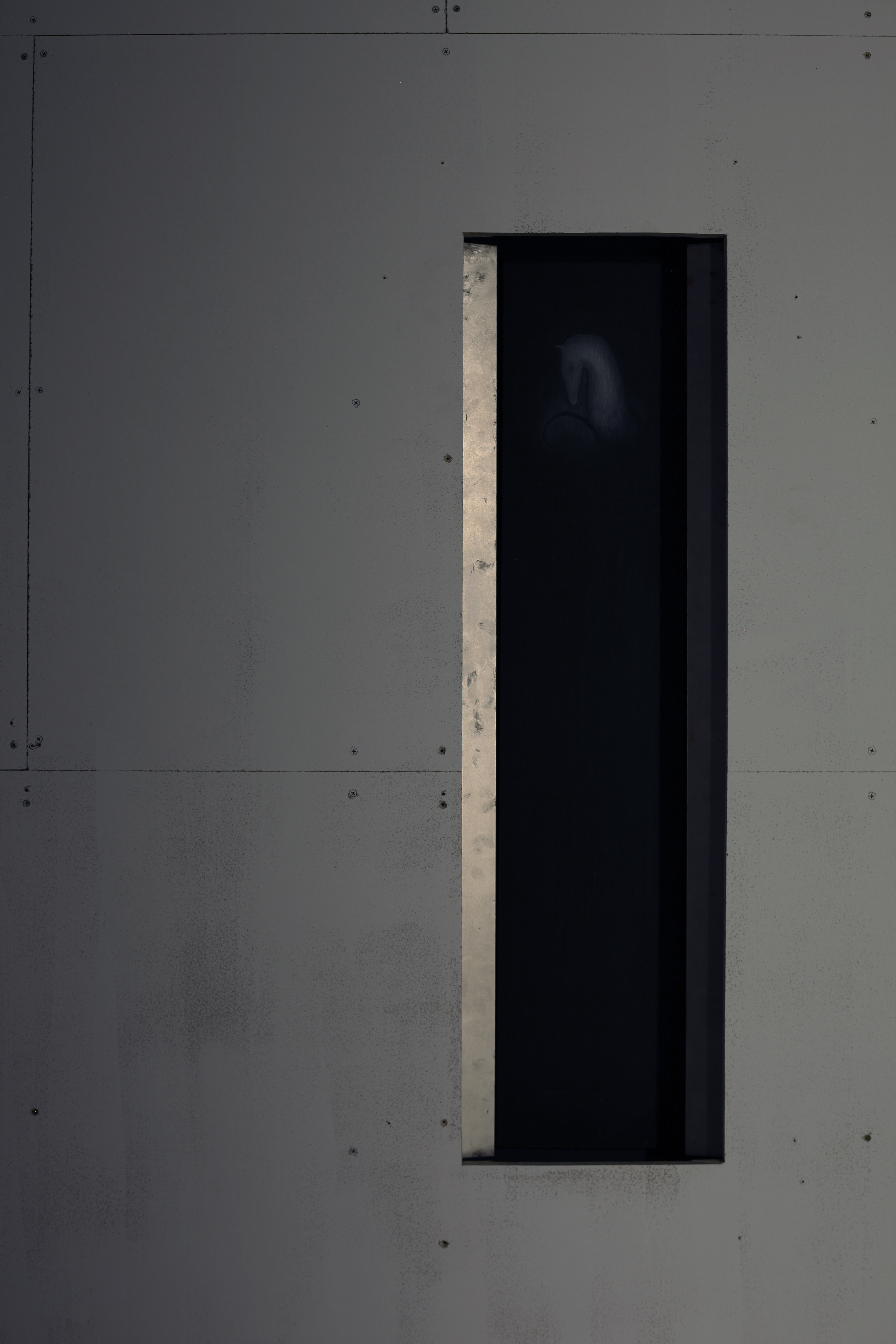 In May 2009, The Grey Book occupied the main space of the old Inflight Gallery, an artist-run space in North Hobart.

Grey Book was an attempt to play the music of space. It was an installation-composition that, like some polytonal music (think Messiaen or late Scriabin), is a mode of pattern-making in which the organising principle is obscured, and the effect is a degree of uncertainty; things remain a little up-in-the-air. 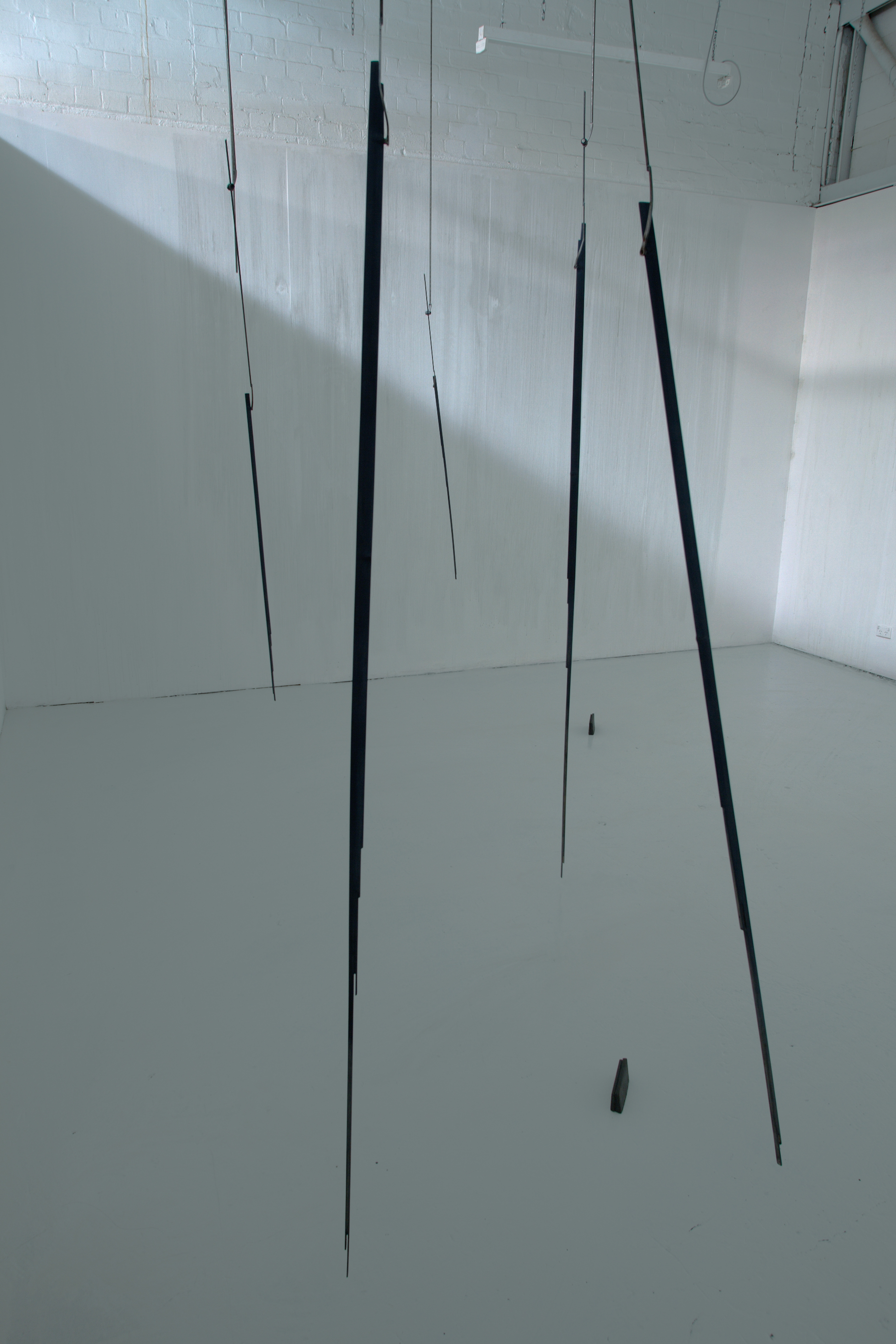